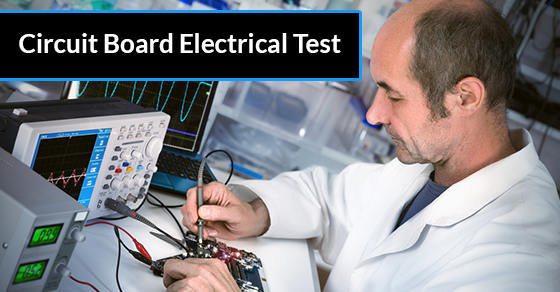 18 DecWhat Is A Circuit Board Electrical Test?

In order to determine if there are current problems with a circuit board, or if problems could arise, a test must be performed. If you have a two-layer PCB you can visually inspect the board to scope out issues. However, if you have a multi-layer PCB visual tests are impossible. Instead, you will need to do an electrical test to really see if your board is going to function properly. There are two different electrical tests that you need to do: a universal grid test and a flying probe test.

What is a universal grid test?

Otherwise known as a clam shell or bed of nails test, a universal grid test is done via machine. This test is incredibly accurate because the machine uses two high resolution cameras. The two cameras lie at the top and bottom of the machine, and scan the board, enabling adjustments. Should anything out of the ordinary be detected, micro adjustments are made, putting fixtures into their correct position. Besides the high resolution cameras, the machine also contains a dual shuttle and dual vacuum handler that rely on fast linear motors to administer throughput multitasking handling of the PBC.

What is a flying probe test?

The second type of testing following circuit board design is the flying probe test. This test uses electro-mechanically controlled probes to view the components on the printed circuit assemblies. The probes move around the board on an automatically operated two-axis system while the test probes contact components or test points on the PCB.

What is the difference between the two tests?

The main difference between a universal grid test and a flying probe test is that the former requires a fixture in order for the test to be conducted.

What are the similarities between the two tests?

Both tests are able to test capacitance and resistance in the circuit of each bare board. While testing for capacitance, both tests will look for opens and shorts. This is done by sending a charge on the net followed by a probe that determines the induced capacity. The net is the string points (connections) that run from the first source point to the last point (this includes component lands and vias). On the other hand, resistance is tested by measuring the friction (resistance) that occurs as current flows through a conductor.

Electrical testing is crucial following circuit board design because it will determine if your PCB is viable. Without testing you could be looking at an inferior product that is unsuitable for the marketplace.